As you are busy preparing to celebrate Valentine’s, Acity in Indonesia has been restricted from celebrating with their love ones. Valentine’s Day has been banned in an Indonesian city of Banda Aceh to ‘maintain the purity of Islamic values.’

According to the Daily Mail Young couples in Banda Aceh have been informed they will be ‘defying Islamic law’ if they celebrate the romantic occasion tomorrow and hotels, restaurants and entertainment venues have been warned against hosting any events.

City mayor Aminullah Usman was quoted saying : ‘To maintain the purity of Islamic values and strengthen Islamic laws, we would like to inform the public that Valentine’s Day goes against Islamic law and is not a part of Aceh’s culture.’

Daily also reports that the mayor had signed and issued a circular on Monday urging youngsters in the city to refrain from taking part in any kind of activities in celebration of Valentine’s Day.

The Mayor was quoted by the local news agency Antara: ‘Aside from defying Islamic law and Acehnese culture, Valentine’s Day also goes against Aceh’s traditions.’

The city, which has a population of around 270,000, is the capital of Aceh province on Indonesia’s Sumatra island and is the only region in Muslim-majority Indonesia that imposes Sharia law, which stipulates flogging as a punishment for crimes related to Islamic morality, such as adultery, gambling as well as gay and premarital sex. 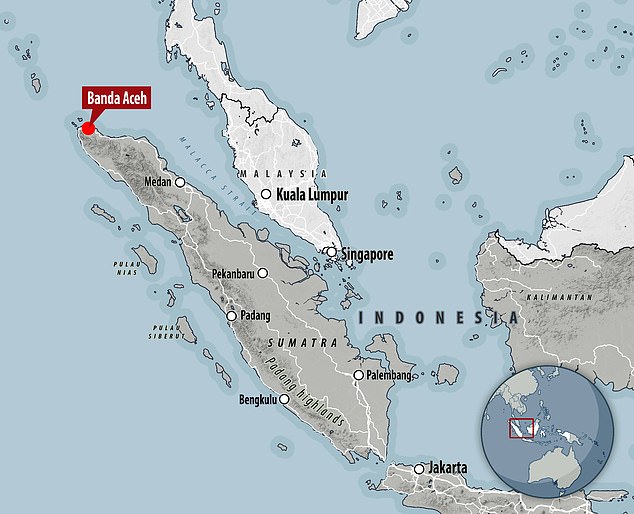 A student dies while celebrating Origi’s goal during the Champions League clash.